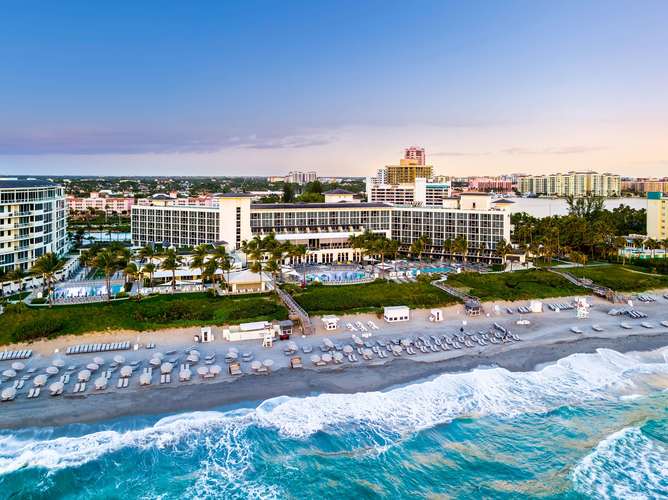 This iconic property offers 5 hotels in one, so it is the perfect fit for all styles and personalities.
• Beach Club – Oceanfront Luxury and unrivaled beachside escapes.
• Bungalows – 2 bedroom suites perfect for an extended hideaway.
• Tower – Flexible suite options with great views, next to the new Harborside Pool Club.
• Yacht Club – Adults-only all suite hotel with exclusive access to the Spa Palerma Pool and Flybridge restaurant.
• Cloister – The original hotel has been completely redone and offers a central location for all the resort has to offer.

If you like to work out on vacation, check out the first-ever onsite hotel Orangetheory Fitness studio.

Learn to play pickleball from the resort’s certified instructor.

• Upgrade on arrival, subject to availability
• Full breakfast daily for two guests per bedroom, served in restaurant
• $100 USD Resort/Hotel credit to be utilized during stay (not combinable, not valid on room rate, no cash value if not redeemed in full. Not applicable to the following retail shops: Alene Too, Egg and the Jewelry store).
• Early check-in/late check-out, subject to availability
• Complimentary Wi-Fi